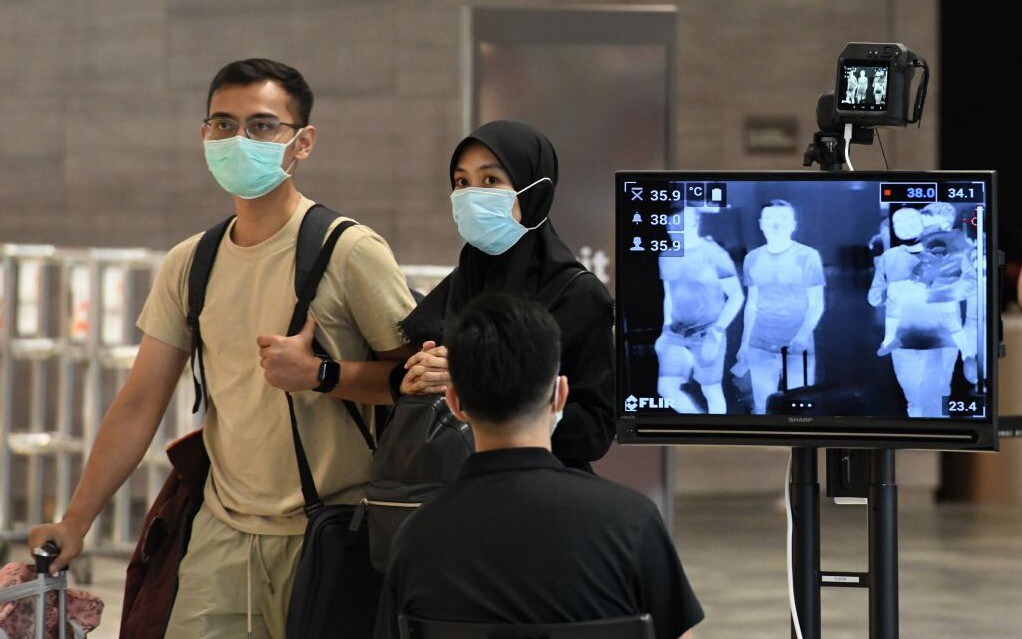 This is a nation that learnt from SARS; it offers a lesson in how to manage a pandemic

How things can change in a month. A few weeks before I flew to Singapore on February 23 to visit an old university pal, I was gently batting away my friends’ concerns that I was flying right into the heart of coronavirus territory.

“Aren’t you worried?” they asked, their curiosity spiked by the fact that I have OCD; my ‘normal’ is to wash my hands numerous times a day. Even my friend in Singapore was slightly nervous for me at that time. The first bout of panic buying had already taken grip, emptying the supermarket shelves.

But this is a nation that learnt from the SARS pandemic. In early February the government sprung into action and swiftly brought in a number of strict measures to control the spread of the virus. They shut tight their borders to anyone who had been in China in the last two weeks, and started a rigorous regime of testing and contact tracing to stay one step ahead.

Everyone infected with the virus and all of their contacts over the previous two weeks were isolated in hospital or with ‘stay at home’ orders. This testing and tracing continues to be a key part of their approach.

I made the decision to fly out here, and boarded my BA flight without any concerns, as I knew instinctively that they were making the right decisions very early on. Since my arrival I have been so impressed with what I’ve witnessed and I’ve never felt anything other than secure and protected.

I was among very few fellow passengers on my flight out. There was plenty of space to spread out across empty rows. I did feel slightly tentative as we landed, wondering what scenes would greet me as I made my way into the unknown. Had my judgement been correct? Thankfully all seemed normal and it didn’t take long for me to feel at ease. I breathed a huge sigh of relief.

Somewhat reassuringly, we were temperature screened as we walked through to arrivals, and our passports checked for any evidence of a visit to China. Since my arrival, they have started conducting swab tests at the airport on any new arrivals who exhibit any respiratory symptoms at all, and implemented a series of entry bans on travellers from each new coronavirus hotspot. Citizens and permanent residents have had to self-isolate immediately for two weeks from landing.

It is to the great credit of the government – and all Singaporeans – that life here has been pretty normal while the virus causes havoc in other regions of the world. Even the shops are functioning as normal, thanks to an early plea to the public reminding them that this is not a selfish society, and to stop panic buying. I’ve had no problem at all getting hold of food, soap and hand sanitiser.

From shopping malls to office buildings, people are being temperature screened and monitored for symptoms; a painless unobtrusive measure. Anyone with even a slight fever is swab tested and taken to hospital for treatment or confined to home as required.

It has now been four weeks since I arrived. I watch with great sadness – and frustration – as the UK brings in unprecedented restrictions on everyday life, with a hugely increasing number of cases and fatalities each day, while Singapore remains in control of the virus and there is still no great impact on freedom.

Early action has been key. Back in February, the government advised against all but essential large scale gatherings and events, while suspending large group activities in schools, such as assemblies. But even now schools remain open and gatherings of up to 250 residents are allowed as long as safe distancing measures are adhered to.

A week ago we had to change the location of my friend’s birthday lunch from her favourite Chinese joint, Mott 32 at the famous Marina Bay Sands, because it was fully booked. Yesterday evening I took her for a meal at Skirt, in the W at Sentosa. We were certainly not alone with almost every table occupied.

There’s no panic, no visible fear and life goes on. Like so many of the locals, I am glued to the daily updates provided digitally by the government. Each day they release full details of each new case, whether it’s imported or a local transmission, and their links, if any, to previous ‘case clusters’. This open and clear communication with the public provides a huge level of reassurance and shows us that they are in control and know what they’re doing.

So far, as of Wednesday 24, there have been 558 cases, with the vast majority of recent new cases imported from overseas. The government is reminding Singaporeans to take their advice not to travel very seriously and on Sunday they took the unprecedented move of banning entry to travellers from all over the world. Only their own citizens and long-term residents can enter and are either quarantined or issued with 14-day stay at home notices.

To reduce the risk of further local community transmission, stricter safe distancing measures were introduced last Friday. Tables in bars and restaurants must be at least one metre apart and queues in shops must also ensure a distance of one metre between customers. Remote working must be done where possible, with safe distancing and staggered hours where it is not.

Currently there are only 15 severe cases in intensive care and last weekend they announced their first two fatalities. Singapore seems to make the right decisions at the right time. The government hopes that safe distancing along with their parallel efforts to tighten their borders, and to trace, quarantine and ring-fence any infection clusters, will continue to suppress the virus and enable life to go on as normally as possible.

Professor Hsu Li Yang, Head of Infectious Diseases Programme, Saw Swee Hock School of Public Health, National University of Singapore, told me: “The Covid-19 situation is under control here. I would like to believe that we will not see an exponential rise in cases in the short or medium term.

“We had over three weeks to plan before the first case of Covid-19 was detected in Singapore and following SARS we invested heavily in outbreak preparations. Initial efforts to eliminate the virus quickly gave way to containment of the local outbreak and flattening the epidemic curve, especially as we watched it spread around the world.

“Perhaps most important now in controlling the spread is the aggressive contact tracing surrounding each confirmed case, with quarantine being rapidly imposed on their close contacts prior to them developing the disease.”

But he warned that the future is uncertain. “We’ve imposed extensive travel restrictions, and the importation of cases into Singapore is likely to fall significantly. But it is likely that there will continue to be community transmission along with a spike in case counts from time to time.

“If the number of cases were to rise significantly, further restrictive measures will definitely be implemented, tailored to what the data suggests is the cause of this rise in cases.”

Being in Singapore has been like attending a masterclass on how to control viral spread, and I’ve no doubt they will be ready to handle everything that this fatal new disease can throw at them.

As Professor Hsi says: “Around five per cent of confirmed cases will require ventilation in intensive care. If a health system is overwhelmed, far more deaths will occur not just from Covid-19, but from other diseases where intensive care is required. So we could not let the outbreak in Singapore take its natural course.”

For now, I don’t regret flying into the heart of coronavirus territory. If anything, I’m glad I did.