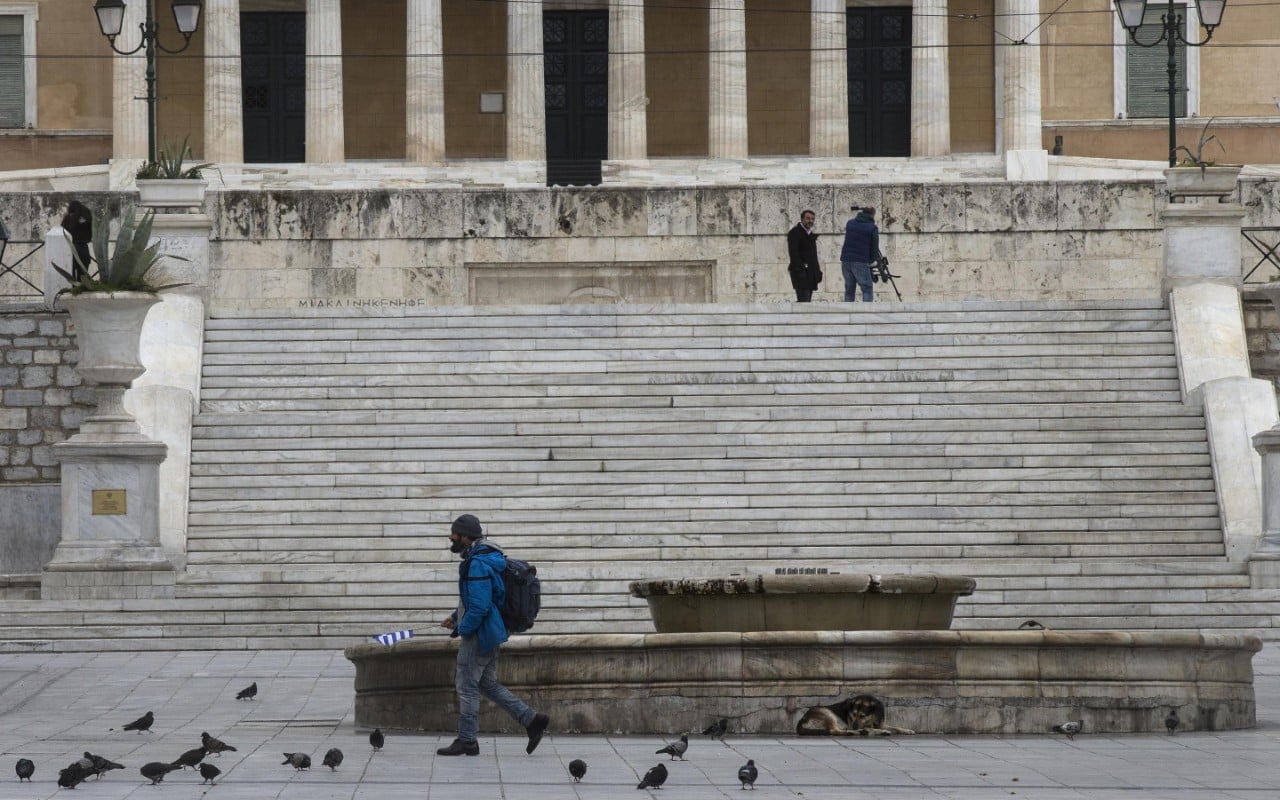 Normally, this in-joke would be shared with a certain amount of patriotic pride. As a nation, Greeks delight in flouting rules, including those that pertain to wearing seatbelts, using crash helmets on motorbikes, and not smoking in public places.

As the Coronovirus cases have started to mount, though, and it has became apparent Greece would also be affected, the measures adopted elsewhere in Europe have started to come into effect to protect normally recalcitrant citizens.

So, how are they managing? I’m based in Athens and have watched as measures have come into force, one by one, to stop the spread of the virus. Greeks will be particularly tested today, Independence Day, a time when ordinarily they would be celebrating the start of the War of Independence against the Ottoman Regime in 1821. Usually, the schools close and there are parades through the streets. Crowds gather to wave flags.

Not this time round. The schools are already closed, yes, but large gatherings are prohibited. As I wander around my neighbourhood, Greeks are instead showing their pride by dangling flags from their balconies. Greek music blares from the stereos.

This is all part of carnival season, which began at the beginning of Lent and usually culminates in big parades nationwide later this month. Again, not this year. People have been out on their balconies with whistles and streamers instead.

At the beginning of the crisis I would often leave the house to grab something from my local bakers, only to see five or six customers huddled close outside, chatting away. I wasn’t quite in a hazmat suit, but I would nevertheless wear disposable gloves when outside, garnering odd looks. And getting anywhere in my neighbourhood took twice as long as usual: I’d decided to follow the social distancing rule of avoiding people, and was forced to dodge anyone walking towards me.

And then, suddenly, the Greeks were taking it all far more seriously: the distancing, the closure of restaurants, bars and coffee shops, and the restrictions on people in supermarkets. My local Lidl had a small queue of people outside, all at the obligatory distance apart, patiently waiting to be waved in by security.

By this point I’d seen pictures from the UK and was worried that the shelves would be bare. Not a chance. Not in Greece. Everything was well stocked; I could even buy my favourite cheddar cheese. Imported goods haven’t been affected yet.

The only real inconvenience is that, as of March 23, in order to leave the house we must text the reason why and our names and addresses, wait for permission to be given, and carry ID at all times. In a nation that flouts laws regularly this one, strangely enough, seems to be being followed.

The Greeks have had hardship inflicted on them for several years. They’ve had to endure a financial crisis that labelled them the “bad man of Europe”, followed swiftly by the ongoing refugee crisis. The restrictions placed on the country due to coronavirus simply feel like something else to deal with.

Greeks also have a communal culture – family is very important to them, as is the celebrated Greek philotimo, or kindness to strangers. They pull together in hard times.

So the mood in general is calm. The lady who works in the kiosk outside my apartment block calls out her greeting with a cheeky “Have you sent your permission to buy from me today?”

Having to send a text message means I now plan my day more effectively; I can schedule my daily walk and shop at certain times. Going out onto the street is suddenly a pleasant experience as there are fewer people around. And there is certainly no panic buying.

“Why does your country behave like this?” my neighbour asked me, pointing to the news from the UK.  I just had to shrug.

I can’t explain Britain’s hoarding mentality. The Greeks recognize the importance of this global crisis and in a way are successfully channelling a form of the British Blitz spirit with a philotimo that seems – from the news reports – to be lacking the UK.

It’s a sense that also comes across when speaking with friends on the Greek islands.

I speak to a British friend on Symi, which has a year-round population of just over 2,500 people. Not much has changed in “Covid 19 times”, it seems:  “My two boys keep themselves busy helping me around the house; I’m impressed!” They play Scrabble as a family.

So the Greeks are playing by the rules in this time of crisis. And maybe, just maybe, we can learn from their approach to thinking collectively.